Only Moslems Go To Paradise?
What Does Islam Really Say? 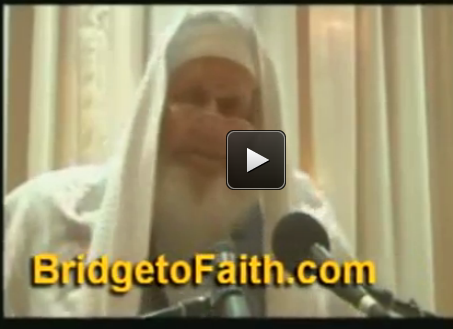 People ask us, "How come only you Moslems go to Heaven?" and they ask, "Why do you say 'Christians, Jews and others go to Hell?'" and, "How come a nice guy, who does good deeds, he is kind, he helps people - Islam says he goes to Hell because is not Islamic?"

"But then why, on the other hand, a guy who is bad, and lies and cheats and does not even hardly pray, he goes to Paradise?"

Yusuf Estes provides us all a better understanding for both Muslims and others, according to the authentic teachings of Islam from the Arabic language.

Listen closely to the excellent answers Islam provides to these and other questions.

The prophet Muhammad, peace be upon him, told us, "The only people who will not enter Paradise are those who refuse".

The companions asked, "O prophet of Allah, who would refuse?"

And in other sayings he made it clear, the same was true for each and every prophet, that when these prophet of Allah came to their people and ordered them, "Believe in the One God" and they ordered them to worship, praise and obey on the One God of Adam, Abraham, Moses, David, Solomon and Jesus Christ and Muhammad, peace be upon them all.

This means, "Any person who believed in the One God, and followed their prophet, peace be upon him, at his time and until the next prophet came, would definitely have a chance for the Paradise.

It would only be those who refused to obey and refused to accept the teachings of the prophet sent to them, who would have to dwell in Hell - forever.

The "religion" (Way of God) has to be followed according to what God says and not what humans make up.

What is the "Proof"?

Children learn the truth and proof from Yusuf Estes in this TV series, "Stories of the Prophets" by the famous scholar of Islam, Ibn Kathir. Produced by Peace TV and adapted for Yusuf Estes on "Bridge To Faith" in English. 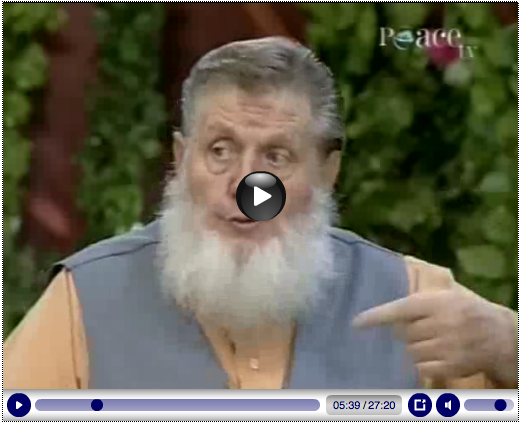 Another problem is the English language. There is no exact word for "deen" in Arabic to English. Scholars have said the word religion is OK for the non-Muslims because it does refer to Islam. However, for the better understanding we should know the translation is better served with the word, "Way".

Refer also to the Bible in the Acts of the Apostles, chapter 7, where Paul refers to the early followers of Jesus, peace be upon him, caling them the "People of the Way" and the word "Way" starts with the capital letter "W" because it is a proper noun, and it was the understanding people had at that time.

In Arabic they would have been called the "Ahl Deen" or "People of the Way" - exactly what Paul called them.

If we insist on using the word 'religion', then it should be the "Religion of God" Himself. After all, when we think about it, what was it all the prophets of the Bible and Quran told their people to do?

"Worship your God and my God - your Lord and my Lord, without any partners! There is no 'God' to worship, except One God - Allah".

What was the "Way" of those people? Naturally the Christian should say, "Well, of course, it was the 'Way of Jesus'" and they might be surprised to learn, we Muslims say the very same thing.

After all, if you really follow the prophet who comes with message of God, you should follow him to be able to be close to him and God in the Next Life. Muslims do believe this without any doubt at all.

Following Jesus, peace be upon him, was the duty of those who heard from him and understood from him. And he was sent specifically to the Children of Israel, the Jews of that time. He also foretold of ote to come after him, who would be known as the "Spirit of Truth", "The Comforter", "The Councelor", "The Advocate" or in Greek, "The Parokleytos" - and in Arabic, we know him to be all of those names:

(Arabic): Ahmad - noun; the praising one, the praised one, and also the truthful, the comforter who brings people together.

The verse in the Quran says it all, from God's point of view:

"Whoever desires a religion (way) other than Islam (submission in peace to God), it will never be accept from them in the Hereafter they will be amongst the loosers (in Hell)".
Chapter 3, verse 85 - Quran.

And about this verse the prophet Muhammad, peace be upon him, said, "Whoever from the Jews and Christians hears about me and the message with which I have been sent and does not accept Islam (to submit to God-Allah on His terms) , will be in the Hell Fire."

More "Stories of the Prophets" and proofs and truth from Islam on videos at TUBEISLAM.com

Comments
You Type - We Print
(after review)
One Time Only Please