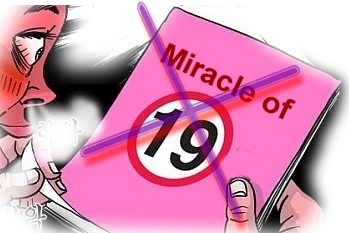 #4 Abdul 2011-09-06 06:15
Yusuf Estes, you can't search for an english word
#3 Fergy 2011-07-23 20:53
Nothing to be confused about brothers and sisters. I can go write a book tomorrow and say this is the interpretation of the Quran and whatever else I want to say, doesn't make it true. People are writting books all the time and Khalifa is going to have to answer to Allah one day as to his deciet. This is the information age, anyone and everyone can say and do what they want on their sites or whatever. Easy to make up lies and manipulate impressionable minds. But once you go to the source, no one like Khalifa can ever put you astray, cuz he makes no sense.
#2 It is about time someone exposed these evil ones and their lies 2010-11-09 04:17
I got confused by these lies years ago and now Al Hamdulilah we have the proof and we have to warn the Muslims about this. You come to Islam and then someone starts trying to get you in their group and mess you all up with this kind of nonsense. May Allah help us all ameen.
#1 Arshad 2010-06-13 20:53
The article is wonderful as usual and addresses one of the important issues of verifying information before we pass it on, the trait which our Ummah has seemed to forgot in the recent past. But I feel the layout of the articles have to changed giving a clear distinction at the first look as to which is the question and which is the answer. Also, it would be good if you could provide us with a 'Quick email to friends' box which would help us spread the word easily.

Editor - you are correct. The article was being worked on while you were reading. Al Hamdulillah. Hope you can read it better now, inshallah.
- Ed.
Refresh comments list
RSS feed for comments to this post